«When the teeth bite the tongue, you will feel pain. But don’t worry my friend, the pain will go away and you can sing again.» 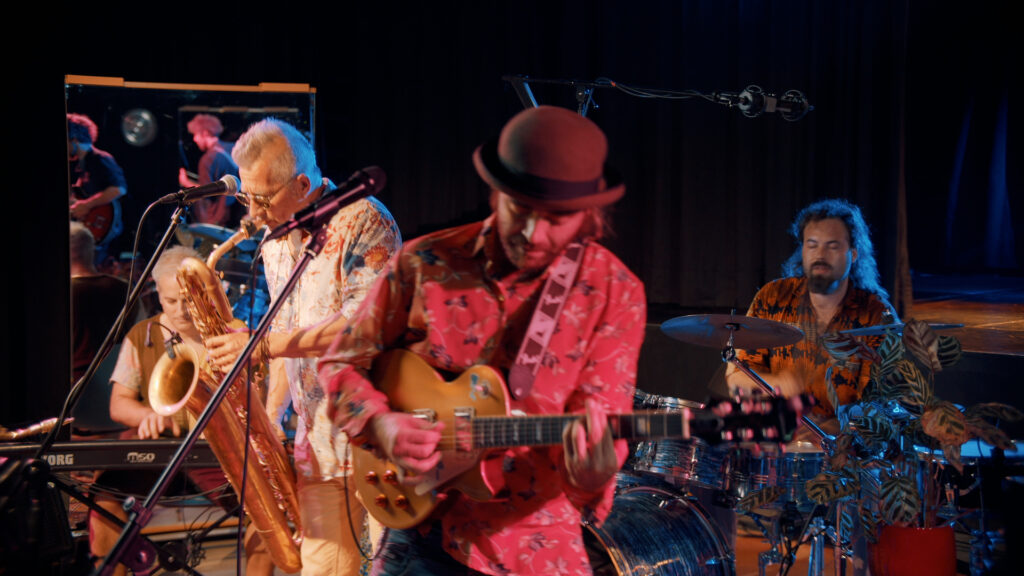 Usually TNT JAM gets together twice a year and is available for gigs during this period. Besides various concerts in Switzerland, the band recently played in Italy and at the legendary Seasplash Festival in Croatia.

The band will be available for shows in Switzerland and surrounding countries from then until the end of the year 2022.

In 2012, the two street musicians Lasha Rukhadze and Dauda Conteh founded the project Teeth’n’Tonge Jam. In the following years, they played in Athens and on various Greek islands – with the involvement of other artists in changing lineups.

In 2015, Lasha Rukhadze traveled to Switzerland and met drummer Frederik Rechsteiner while playing a street music show. There was an immediate spark between the two. They decided to travel to Burkina Faso to get inspired and work on 12 songs to record them later on the island of Crete in Greece. They were supported by Nikos Chatzakis and William Pendleton, as well as some other Greek musicians.

In 2016, the two played in Switzerland for the first time. New musicians joined the regular lineup. The original street music project became a band.

In the following years, TNT Jam repeatedly played concerts in Switzerland and in 2018, for the first time again in Crete. Also in 2018, the EP «Share a Vibe» mixed by the grandmaster Jim Fox (Groundation) was released. Furthermore, the band released several videos, including «Hashpital», «Luxury Problem» and «Lifestyle» – the latter a co-production with artists from Burkina Faso.

TNT Jam is a European Roots Reggae band that emerged from Athens‘ alternative street music scene. Influenced by reggae artists such as Max Romeo, Pablo Moses and Peter Tosh, the band mixes diverse genres, from Afro Reggae and Ska to Rock, Balkan Music and Afrobeat, Drum’n’Bass and Dub. The band has thus created its own stylistic niche, which touches a wide audience and surprises time and again.